Here’s my first experiment in crowdsourcing the content. Feel free to offer your opinion/reaction/suggestions in the comments.

I foresee the book to be organized as follows.
-------------------
Table of Contents
Dedication & Acknowledgements
Notes (on transliteration, spelling of proper names, spelling of village names)
Introduction (essay)

Glossary
Bibliography
Index (of proper names? – localities will be indexed in the Appendix: List of Settlements)
-------------------
Within each region (I may call these the “chapters”), there will be entries for each main community.

Even though a blog shows the most recent posts at the top, since we're starting with a bunch of posts already published, you should probably read the Welcome & Intro post first, then go on to the others. So to avoid confusion about what this is, please start here.
Posted by Rich C at 12:11 AM 2 comments:

Perspective on the identity question

The author identifies himself, and the immigrants in the scope of this study, as Carpatho-Rusyns. That is, Carpatho-Rusyns are a distinct East Slavic people whose homeland has been a defined territory known as Carpathian Rus’ or Carpatho-Rus’, which is found in the present-day countries of Slovakia, Poland, Ukraine, Hungary, and Romania. [maps: Carpathian Rus’ in the 19th Century | Carpathian Rus’ in 2004] The Rusyns of former Yugoslavia—present-day Serbia and Croatia, the historic Bačka and Srem regions—are also included in this study. (The question of Greek Catholic Slovaks and Hungarians, and their inclusion in this study, will be dealt with in a separate post.)

While the sources of Carpatho-Rusyn immigrant history are many, the most significant holdings are concentrated in just a few institutions. Some other institutions have much smaller but no less important collections. The archives and major libraries I have visited in the course of this project include the following:
(A number of valuable materials in these institutions are classified not as Carpatho-Rusyn or Ruthenian, but Ukrainian or Russian.)

I am indebted to the staff and curators of these institutions and to those who collected and deposited the materials over many decades, and who welcomed me in some cases as many as on seven different occasions.

Additional valuable sources include the following.
Many pastors of the various parishes have been very helpful in allowing me to go through parish archives of photographs and books, and of course granting me access to metrical records (which I will write about in a separate post).

And I am grateful to those individuals who made their own substantial – and unique – holdings of relevant materials available to me:
Thanks is due to many other folks who have helped me through the years by hosting me in their homes, donating or loaning materials, contributing research, and in innumerable other ways. 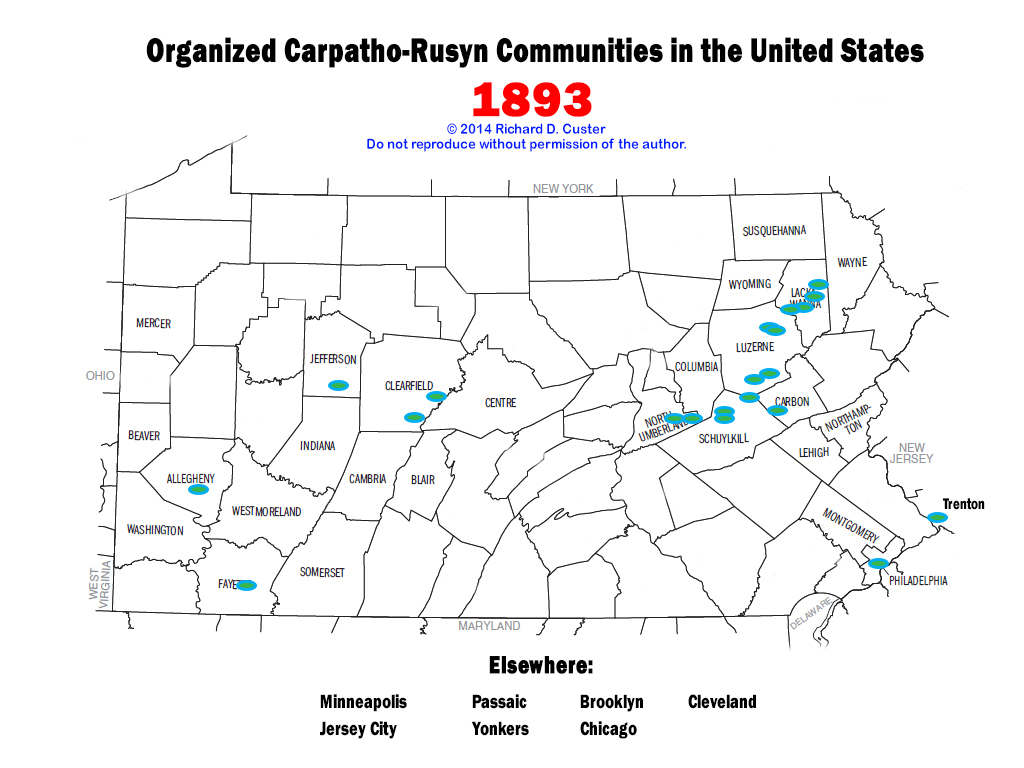