We're not Russian or Greek, but on Christmas we could be both!

I'm still enthralled by the things I'm finding on Newspapers.com. Some of the articles really give a feel for the life of our communities in decades gone by. Whether in cities or towns large or small, a keystone of our people's identity at least until the 1950s, and one that united them in some sense regardless of how their community may have splintered, seemed to be "the people who celebrated 'Greek Christmas' (or 'Russian Christmas')"—according to the Julian Calendar in use at the time by most churches of Carpatho-Rusyn origin, whether Greek Catholic, Orthodox, Ukrainian, Russian, Carpatho-Russian, Ruthenian, or Rusin—as the January 7 Christmas observance was typically called.

Check out some of the news coverage of the time.

(I encourage you to click on any article of interest to read the entire piece, especially since I truncated some of the longer ones to save space on this page.)

When did the term start to be used? Here are some of the earliest articles I found. 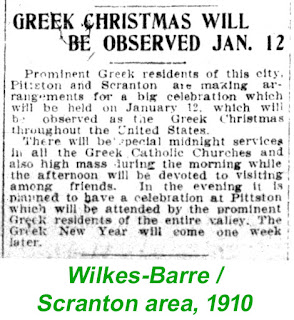 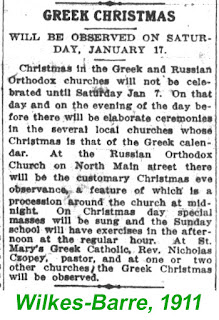 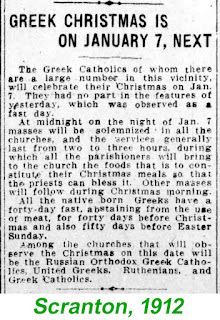 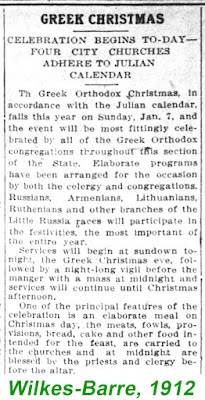